The protection of our homeland is the cornerstone of our policy. We believe in strong borders and immigration reform which provides a pathway to citizenship to those who arrive in our country legally. We advocate for a strong military which receives appropriate funding to recruit the best and the brightest to serve in our military branches including the Army, The Navy, The Airforce, and the newly minted Space Force. We adhere to a policy that honors and supports our retired veterans and their families. We support the fortification of our electronic borders through cyber security 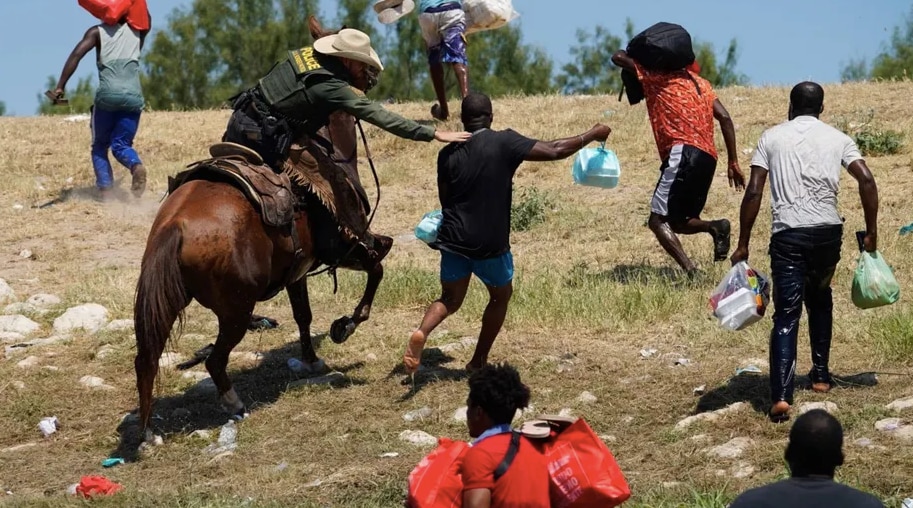 The following article, Biden Administration Places Border Patrol Agents Defending Homeland Against Haitian Migrant Caravan on Administrative Leave, was first published on Big League Politics. The Biden administration has placed Border Patrol agents who bravely confronted a caravan of Haitian illegal immigrants who sought to infiltrate the country last week on administrative leave, following progressive outrage that the migrants were apprehended. Biden press secretary Jennifer Psaki announced that Border Patrol agents seen on camera arresting members of the Del Rio International Bridge migrant caravan would be placed on administrative leave pending an investigation on Wednesday. White House Press Secretary Jen Psaki is getting a lot of questions about the situation in Del Rio. She says the border patrol agents on horseback aggressively going after migrants have been placed on administrative leave and the investigation will be completed by next week. pic.twitter.com/3JjjmVPEUO — Reena Diamante (@reenajade) September 22, 2021 Vice President Kamala Harris had previously voiced outrage at video of the mounted agents performing their duties, suggesting the illegal immigrants shouldn’t have been treated in a manner that held them accountable for border infiltration. NEW: @VP Kamala Harris makes first comments on footage of Texas Border Patrol agents using horse lariats to handle Hatian migrants at the border. pic.twitter.com/z4cjnKLuaZ — Tim Perry (@tperry518) September 21, 2021 Establishment media had falsely accused Border Patrol agents of whipping Haitian migrants, seemingly under the impression that the caravan members should be allowed into the United States. The migrants in question had forded the Rio Grande River and sought to escape US authorities. Pro-border security Texas Democrat Henry Cuellar defended the professionalism of Border Patrol agents, questioning the motives of open borders advocates. “What are they supposed to do, just stand there and let everybody come in?” Rep. Henry Cuellar (D-TX) on Border Patrol agents 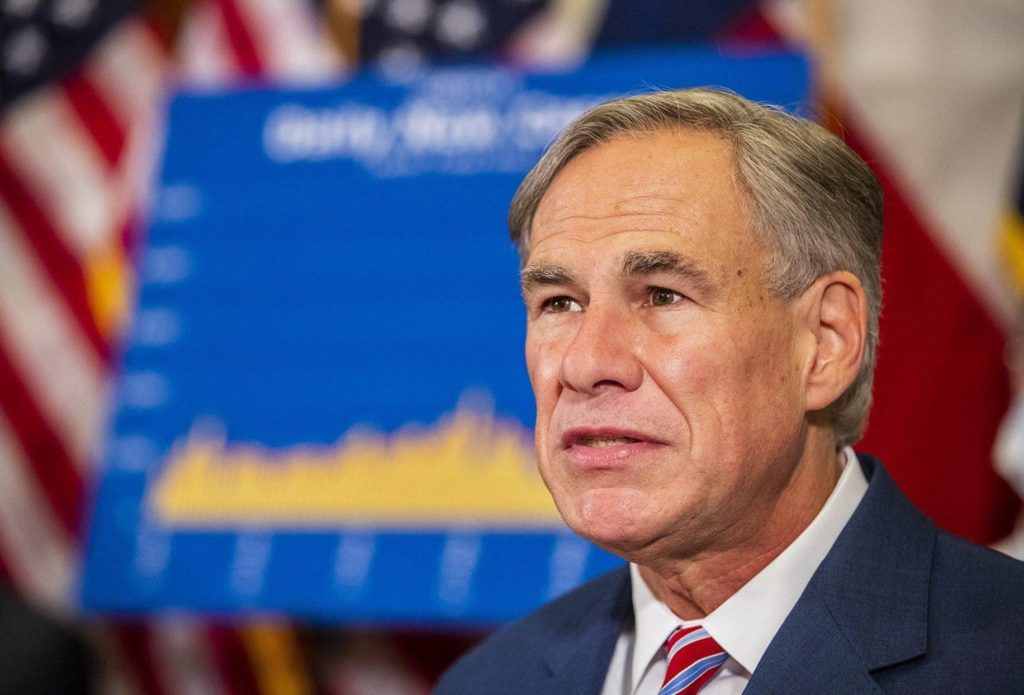 Texas Gov. Greg Abbott pushed President Joe Biden to issue a federal disaster declaration over the illegal immigration crisis at the U.S.-Mexico border and asked for federal resources to help stem the flow of illegal border crossings. In a five-page request, Abbott stressed that “border security is a federal responsibility” which has largely been ignored, forcing Texas to take “appropriate action,” like declaring a state of disaster for several Texas counties along the southern border. “I submit this request due to the overwhelming surge of individuals unlawfully attempting to cross the Texas-Mexico border in Val Verde County. These illegal crossings are aided by a dam on federal property, and thus under the jurisdiction of the federal government, which allows individuals to easily traverse the Rio Grande River,” Abbott’s request stated. The governor noted that the number of migrants crossing into the U.S. illegally jumped from 4,000 to over 16,000 in just four days last week, adding that “the entrance of illegal immigrants shows no signs of slowing.” “This surge poses life-threatening risks to residents of Val Verde County and is quickly overrunning law enforcement and health care and humanitarian resources which were never intended to be used in this capacity,” Abbott continued. “Even the limited federal resources in the area are strained by the large number of individuals illegally crossing into Texas.” Abbott said the record-breaking number of illegal immigrants flowing into Texas this year has been devastating to residents of the Lone Star State.   “Texas residents’ property is being destroyed; crimes are occurring; humans, deadly drugs and illegal weapons are being smuggled into communities throughout the state; law enforcement is having to redirect their resources; and county judges and mayors are facing skyrocketing expenses,” Abbott wrote. “While Texans face the brunt of these negative impacts, it is common