Buglecall supports a free market economy with limited government intervention. We believe in an economy which rewards entrepreneurship and innovation, a simple tax system that encourages US corporate investment and incentivizes individual spending and long term saving. We believe in a workplace which reinforces and prioritizes the employment opportunities of US citizens and legal immigrants including the reinvigoration of the US manufacturing base. We value energy independence where coal and oil industries flourish while maintaining the pristine quality of our land, air and water.

From Today, All New Vehicles In The EU Will Have Surveillance Black Boxes

From Today, All New Vehicles In The EU Will Have Surveillance Black Boxes Authored by Paul Joseph Watson via Summit News, From today, all new vehicles sold in the EU will have mandatory black boxes fitted that record technical data and will be accessible by authorities, greasing the skids for surveillance-powered speed limiting technology. While for the time being, drivers can opt-out of using the feature, privacy advocates fear the technology will become mandatory once it is properly rolled out. Back in 2019, the European Transport Safety Council (ETSC) announced that July 6 would mark the day when all car manufacturers would be forced to fit new models with a system that keeps track of technical data. The data recorded will include “the vehicle’s speed, braking, steering wheel angle, its incline on the road, and whether the vehicle’s various safety systems were in operation, starting with seatbelts.” Although insurance companies won’t have immediate access to the data, it will be available to law enforcement. Authorities claim the data will be “anonymized,” meaning the information can’t be used to identify the owner of the vehicle, although only the incredibly naive would plausibly believe that. Such systems are expected to eventually include speed-limiting technology. As Reclaim the Net’s Didi Rankovic explains, the most common method of speed limiting technology is Intelligent Speed Assistant (ISA). “ISA works using GPS data alone, cameras for traffic sign recognition fitted to the front of the car, or a combination of the two. A speed limiter affects the engine power and in that way decreases speed.” “Like the name suggests, speed limiters are designed to prevent drivers from exceeding certain speed limits, and prompt them via audio, visual, and haptic warnings until they “obey” and slow down.” For decades, governments have been pushing for all cars to be

The U.S. Commission on International Religious Freedom has given Cuba a failing grade in a new report.

Canada’s Health Minister: “You Will Never Be Fully-Vaxxed”

Canada’s Health Minister: “You Will Never Be Fully-Vaxxed” Authored by Mark Jeftovic via BombThrower.com, This is the new ‘right way’ to think about vaccinations… Despite increasingly compelling data and peer reviewed studies coming out detailing the harms and side-effects of vaccinations, Canada’s Liberal-Socialist coalition government is doubling down on vaccinations, and appear ready move the goalposts on what constitutes vaccine compliance. As reported via Blacklocks Reporter (@mindingottawa on Twitter), Canadians will be required to get a Covid shot every nine months for the foreseeable future, says Health Minister Jean-Yves Duclos. Previous definitions of “fully vaccinated” made no sense, he told reporters. “Nine months is very clear and will help people understand why ‘up to date’ is the right way to think about vaccination now,” said Duclos. “‘Fully vaccinated’ makes no sense now. It’s about ‘up to date.’  So am I up to date in my vaccination? Have I received a vaccination in the last nine months?” Duclos previously called for the provinces to make vaccinations mandatory and when asked by reporters if mandates would return this fall, he replied “We must continue to fight against Covid.” Canada seems to be one of the few countries outside Communist China who is frantically clinging to the COVID narrative, relentlessly pushing largely ineffective  (and arguably dangerous) vaccines on an increasingly fed up population. The Trudeau regime is increasingly unpopular, a recent Angus Reid poll finding those who “strongly support” the government falling into single digits. The largest single category was “strongly disapprove” at 41%, Reeling with numerous scandals, corruption and gaffes,  Justin Trudeau holds power solely through the merger of his party with the  Canada’s Socialist NDP, headed by millionaire Jagmeet Singh. The deal ostensibly keeps him in office until 2025. Singh is also on the ropes, frequently being jeered in public even among his base constituency in Brampton, Ontario. His brother lost his seat 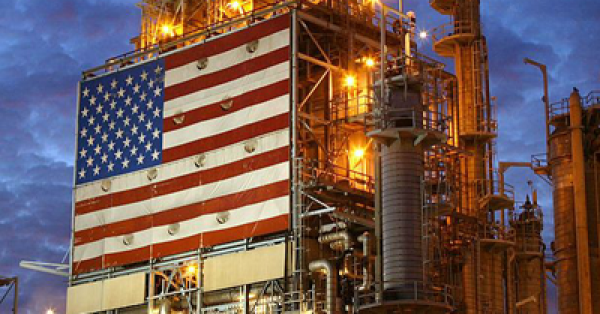