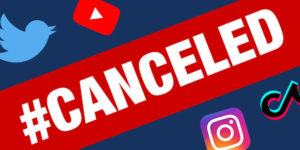 MAGAPAC supports the protection of our civil liberties under the Constitution and the Bill of Rights. We have a particular focus on the First Amendment which embodies the liberty of free expression through speech and the media, freedom of religious belief and practice, freedom of political belief,  and the right for peaceful assembly to appeal to the government to modify policies and eradicate injustices.

China’s military exercises in the Yellow and Bohai seas following drills near the self-governing island of Taiwan are part of Beijing’s efforts to exert its power in the region, with an eye toward eventual domination, security analysts in South Korea and the United States say. On Aug. 5 China’s Maritime Safety Administration announced a series of live-fire training exercises would be conducted on Aug. 6-15 in the Bohai Sea and in the southern waters of the Yellow Sea, which separates China from the Korean Peninsula. The exercises can be seen as a “multipurpose strategic move” to expand China’s influence in the Yellow Sea, said Park Byung-kwang, director of the Center for International Cooperation at the Institute for National Security Strategy, a South Korean government-​funded public research institute that focuses on security studies. “It can be seen that it has the meaning of checking the strengthening of the South Korea-U.S. alliance and furthermore, security cooperation between South Korea, the U.S. and Japan,” he said. China’s intention is to limit the access of U.S. naval forces, including aircraft carriers, to the Yellow Sea, which Koreans refer to as the West Sea, he said. Chung Jae-hung, a research fellow at the independent South Korean think tank the Sejong Institute, said the exercises show China is thinking about how to protect its forces moving through the Taiwan Strait from U.S. and South Korean forces. China’s military fleet is conducting exercises in the Yellow Sea to respond to the U.S. forces stationed in South Korea and Japan in a situation where the Chinese fleet moves to the Taiwan Strait, he said. It means they are considering protection in the process of moving major forces, including the Chinese fleet, he said. Bruce W. Bennett, an adjunct international/defense researcher at the RAND Corporation, said China’s moves indicate

Billionaire Elon Musk decided to poke some fun at fellow Americans on Thursday for the doubling in size of the Internal Revenue Service, a recent revelation that is no doubt going to be giving millions of folks around the country the yips for months to come. Musk tossed up a meme on social media that featured an image of a British redcoat giving a right jolly old belly laugh that featured a caption saying, “when the country that revolted over taxes hires 87,000 new IRS agents.” Touche. That one hurts, Musk. That one hurts. However, he’s not exactly wrong, is he? Our founding fathers are likely rolling around in their graves right now. We need to recapture a little of the spirit of 1776 and grow passionate about liberty and freedom again. Now, that doesn’t mean resorting to violence. Our founders left plenty of ways we can fight back, which is part of the brilliance of the American system. Fate 🖤 Irony pic.twitter.com/RHZ9BEws7k — Elon Musk (@elonmusk) August 11, 2022 Musk, who is a South African who lived in Canada before moving across the border into the U.S. and becoming a citizen, told a user on social media that he already gets “audited every year by default.” “I direct that any additional resources — including any new personnel or auditors that are hired — shall not be used to increase the share of small business or households below the $400,000 threshold that are audited relative to historical levels,” Yellen said to Rettig in a letter on Wednesday. “This means that, contrary to the misinformation from opponents of this legislation, small business or households earning $400,000 per year or less will not see an increase in the chances that they are audited.” Here’s more from The Daily Wire: Yellen did not

Space Mountain was Lance Cpl. Dylan Merola’s favorite ride. Disneyland was his happy place. So on Monday, Aug. 8, it was only fitting that a posthumous medal — commemorating the young Marine for his actions on Aug. 26 while standing guard at Kabul’s airport in Afghanistan — was presented to his family during Disneyland’s somber Flag Retreat Ceremony. The notable lowering of the flag is held daily at the theme park’s Towne Square near the end of Main Street. But, a medal presentation there is a rarity, park officials said. The ceremony included the playing of each service branch’s theme song  — “The Cassions Go Rolling Along,” “Anchors Away,” “The Marines’ Hymn,” “Semper Paratus,” and “The U.S. Air Force Song.” Veterans attending the event stepped forward to represent their respective branch. The Disneyland Band played while the Dapper Dans sang the lyrics. After the U.S. flag was lowered, Marine Master Sgt. Patrick Hause — the Casualty Assistance Calls Officer (CACO) who assisted Merola’s family after his death — presented the Navy & Marine Corps Achievement Medal posthumously to Merola’s mother, Cheryl Rex, who attended with her children Branden Murrell, 24, and Olivia Hernandez, 14, along with her parents. “Receiving Dylan’s award at Disneyland was very emotional,” said Rex. “It was also calming to know that this was Dylan’s place where we spent a lot of time for Dylan’s whole life.” The medal with “C” for combat was presented to Merola for “heroic service above self” on the day that the Hamid Karzai International Airport was bombed during the evacuation of Americans and Afghan allies. Merola, 20, of Rancho Cucamonga, was one of 11 Marines, a Navy sailor, and an Army soldier killed that day. Most Marines were part of the 2nd Battalion, 1st Marines at Camp Pendleton. Two other Southern California Marines — Cpl. Hunter Lopez, 22, and Lance Cpl. Karem Nikoui — have also posthumously been awarded similar awards. All those killed received the Purple Heart Award, and in November, Congress approved for all 13 to receive Congressional Gold Medals, one of the highest civilian awards. The