We believe in a free and fair election system with checks and balances to identify and remove corruption. We view the American voter as endowed with the liberty to alert the government, the media and the broader community of any perceived malfeasance without retaliation 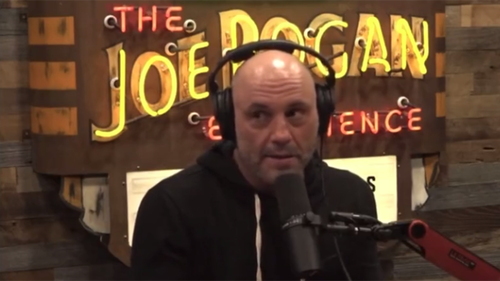 Watch: Joe Rogan Details How Anyone Who Doesn’t Identify As Far-Left Is Now Labelled “Alt-Right”

Watch: Joe Rogan Details How Anyone Who Doesn’t Identify As Far-Left Is Now Labelled “Alt-Right” Authored by Steve Watson via Summit News, Joe Rogan detailed on his podcast Thursday how the left has become so intolerant of any other viewpoint that anyone who isn’t in total agreement with them is now automatically slapped with the pejorative ‘alt-right’. Discussing the topic with academic James Lindsay, Rogan noted “Smart people use that pejorative, ‘Oh these alt-right people’.” “I’m like, stop! You’re talking about people that aren’t even remotely alt right, like don’t do that,” Rogan continued. Lindsay provided an example in journalist Tim Pool, noting “Just the other day here on the show you had, ‘Tim Pool’s alt-right or whatever’,” referring to comments about Pool by an Australian journalist on Rogan’s show over Pool’s criticism of strict restrictions enforced by the Australian government. “You’re not convincing me by telling me that people like Maajid Nawaz are alt-right,” Rogan noted, adding a further example, and asserting “That is f*cking nonsense. That’s so dumb.” “It’s so crazy to call him alt-right, and to call Tim Pool alt-right as well,” Rogan continued, noting “Tim, if anything, he’s a centrist. He was a boots on the ground journalist for VICE…he was all up in Occupy.” “I know Tim very well,” Rogan continued, adding “He’s not alt-right at all, but he’ll entertain a conversation with anybody… he had [James] O’Keefe from Project Veritas on the other day, and that’s like–that guy’s the boogey man to the left. Even if what he’s saying is a f*cking threat.” Australian journalist Josh Szeps labels Tim Pool an “alt-right troll” for Tim’s principled stance against Australia’s involuntary forced segregation of their citizens. Joe Rogan defends Tim Pool. pic.twitter.com/3oUXKPxQhG — Mythinformed MKE (@MythinformedMKE) January 13, 2022 Further referring to O’Keefe, Rogan noted “He’s exposing threats 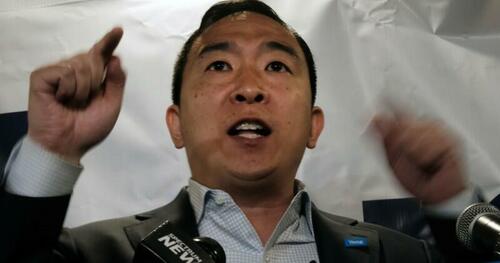 Andrew Yang Says Biden Won’t Run In 2024 Authored by Paul Joseph Watson via Summit News, Citing sources within the Democratic Party, Andrew Yang says it’s now unlikely that Joe Biden will run again for president in 2024 and that donors are sitting back waiting for a better candidate to emerge. Yang ran a surprising campaign in 2020 that turned him into a major player, leading to his participation in seven of the first eight Democratic debates. Now the former attorney is predicting that Joe Biden will have to drop out before the next presidential election. Yang explained how he originally thought Democrats would run Biden to “avoid a fractious primary,” but has since changed his mind. In addition to Biden’s political agenda stalling, according to Yang, donors are starting to get cold feet. “There has been increasing unease from large DNC donors,” wrote Yang. “One donor told me that several funders were openly talking about sitting out the next cycle until they knew what/who they were backing.” In latest email, Andrew Yang predicts that Joe Biden won’t be the 2024 Dem nominee, says “I’ve now heard from at least a couple people who are considering mounting a challenge…As the sense deepens that Joe may not run for a 2nd term…” pic.twitter.com/yd5Kye79bG — David Freedlander (@freedlander) January 19, 2022 “Another suggested that donors were trying to figure out who to coalesce around as a new candidate in 2024,” he added. “If donors are talking this way, they certainly have multiple candidates in-waiting who are thinking this way.” Yang also revealed that he has “heard from at least a couple of people who are considering mounting a challenge.” “As the sense deepens that Joe may not run for a 2nd term, people are beginning to prepare their own runs for 2024,” 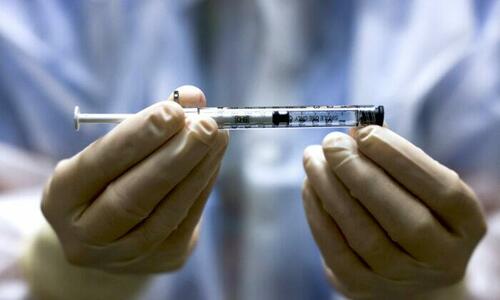 “Bizarro World”: Researcher Calls Out Censorship After Journal Pulls COVID-19 Vaccine Adverse Events Analysis Authored by Petr Svab via The Epoch Times (emphasis ours), Jessica Rose didn’t ask for any of this. She started to analyze data on adverse reactions after COVID-19 vaccines simply as an exercise to master a new piece of software. But she couldn’t ignore what she saw and decided to publish the results of her analysis. The next thing she knew, she was in a “bizzarro world,” she told The Epoch Times. An investigational pharmacy technician holds a dose of the Johnson & Johnson COVID-19 vaccine before it is administered in a clinical trial in Aurora, Colorado, on Dec. 15, 2020. (Michael Ciaglo/Getty Images) A paper she co-authored based on her analysis was withdrawn by the academic journal Elsevier under circumstances that raised eyebrows among her colleagues. The journal declined to comment on the matter. Rose received her PhD in computational biology from the Bar-Ilan University in Israel. After finishing her post-doctoral studies on molecular dynamics of certain proteins, she was looking for a new challenge. Switching to a new statistical computing software, she was looking for an interesting data set to sharpen her skills on. She picked the Vaccine Adverse Event Reporting System (VAERS), a database of reports of health problems that have occurred after a vaccination and may or may not have been caused by it. A nurse administers a Covid-19 vaccine to a health and care staff member at the NHS Louisa Jordan Hospital in Glasgow, Scotland, on Jan. 23, 2021. (Jane Barlow/PA) She said she wasn’t looking for anything in particular in the data. “I don’t go in with questions,” she said. What she found, however, was disturbing to her. VAERS has been in place since 1990 to provide an early warning